The model of communication consists of different interaction steps. It is a pervasive and continuous process of feedback.

Elements involved in the Model of Communication

There are different elements involved in the model of communication which are as follows:

The sender is the most critical element of the communication process.

The sender is the person who contacts the other person with the goal of creating business relationships and passing the message.

In an organization, a sender can be anyone like a superior, subordinate, peer or any other person.

A message is a physical form into which the sender encodes Information. It may be of any kind, written or oral.

After the message has been sent then comes the encoding.

Encoding is the virtual processor in which a sender is wrapping a meaning in a transportable manner and understandable fashion.

It is the process of converting information into meaningful symbols.

In the case of using certain symbols and gestures, they should be meaningful. If the symbols are not useful, the message cannot be understood by the receiver correctly.

Message converted into symbols is transmitted by the sender through a channel like written in the form of a letter or electronic mail or spoken through personal contacts or telephone depending on the situation.

It is an essential step in communication. The receiver is the person who gets the message of the sender.

He is also like the sender; he can be a subordinate, superior or any peer.

The receiver is the second most crucial element of this process. If this element is absent, the whole process will get disturbed.

Decoding is the vice versa of encoding. It means translation of symbols encoded by sender so that the other person can clearly understand.

The receiver may misunderstand the message since the perception of the sender may be different from the opinion of the receiver.

Decoding should be meaningful so that the receiver understands the message in the sense which is intended by the sender.

Feedback is the last and most crucial element of the process.

Feedback in communication is required to ensure that the receiver has received the message and understood it in the same insight.

The sender of the message will chalk out his action according to the feedback he receives from the message receiver.

Because of this, only the feedback is treated as an energizing factor, thereby changing the course of action in the communication process. 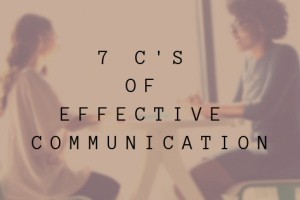 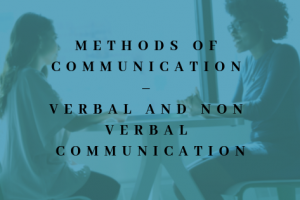